Life for individuals who lived with diabetes was significantly different some five decades ago. Before the discovery of insulin in 1921, for example, patients were given up to only four years to live after they have been diagnosed with the disease. And this was in spite of them following a rigid diet.

Today, treatment for patients with diabetes has taken giant leaps, from the way their glucose levels are being tested to the diagnostic tools that are now available to them. Access to new tools and resources has also helped diabetes patients manage their condition and extend the duration of their life expectancy.

As both the patients and their doctors now have access to a wider range of information, it has become easier to learn about the complexities of the disease. All these new knowledge about diabetes has also paved way for the discovery of treatment methods that deliver life-changing results.

Let’s take a look at the beginnings of diabetes treatment and the developments that have led us to the groundbreaking discovery of a more effective and convenient treatment option: oral insulin.

Diabetes Treatment Through the Years

In 1921, researchers Charles Best, Frederick Bunting, and John MacLeod worked on a collaboration that eventually led to the discovery of insulin. The discovery of intensive insulin therapy has saved countless diabetes patients from certain death. The therapy, which involved multiple injections of insulin, mimicked the normal way pancreas function. It was first introduced as treatment for type 1 diabetes. Later down the road, it has also been widely adopted as a treatment option for type 2 diabetes. 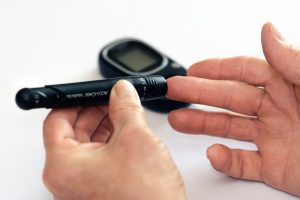 Through 1947 to 1973, Jean Pirart, a Belgian physician, worked on discovering the connection between moderating the levels of good glucose in the body and the prevention of complications.

In 1955, the first hypoglycemic agents and other types of insulin entered the market.

Much later, in the 1970s and 1980s, tools that allowed better diagnosis of blood glucose levels became available. Diabetes patients now had access to blood glucose strips and readers. These tools allowed researchers to launch into large-scale studies that will revolutionize diabetes treatment. It also helped that patients and their physicians have been open about testing other treatment types.

Researchers have been looking into the oral administration of insulin for a long time.

Many patients have expressed discomfort about using needles to self-administer insulin. Through oral administration, patients who may feel apprehensive about using needles may say goodbye to the pain and discomfort for good. What’s more, doctors see oral insulin as a more efficient method, as it directly delivers insulin to the liver instead of coursing it through the blood.

Oral insulin administration closely mimics the way natural insulin moves in the body, so the body gets to absorb the insulin better and use glucose faster. By reducing the occurrence of excess insulin in the blood, the risk of hypoglycemia (low blood sugar) is also reduced.

Oral insulin is deemed the holy grail of diabetes treatment. A great number of scientists have attempted to produce an effective drug, but to no avail. The major setback is, researchers have yet to develop a type of oral insulin that can successfully make it to the digestive system unscathed. The thing is, the acids in the stomach degrades the protein and breaks down oral insulin, before it can even pass through the intestine, get to the liver, and be absorbed.

Further, the thick mucus layer in the intestines gives the body a much harder time absorbing insulin. The thick mucus layer allows very little insulin to pass through the lining, and into the bloodstream. Some researchers suggest that this could mean using high doses of oral insulin, to effectively manage diabetes.

The risk in this, though, is that the large amounts of oral insulin may make a patient more vulnerable to certain types of cancer. As insulin is a substance that promotes growth, the presence of large amounts of insulin in the body may promote the growth of cancer cells. But as of late, there is still no established link between cancer and oral insulin.

Pharmaceutical company Oramed, for example, has made announcements this year that  they have enrolled their first patient in an exploratory clinical study towards oral insulin. The study looks into the effect of an oral insulin capsule called ORMD-0801. The capsule looks to treat nonalcoholic steatohepatitis (NASH). 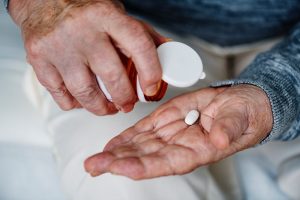 The treatment study will closely follow the patient for 90 days. The researchers will examine the drug’s impact, for more than 90 days, particularly looking into the effectiveness of the capsule when it comes to reducing liver fat content, fibrosis, and inflammation, in individuals with diabetes.

If the study proves successful, the days where diabetes treatment had been clouded by guesswork and uncertainty can be a thing of the past. Soon enough, we might see oral insulin, the game-changing treatment doctors and scientists have been working on for decades, a reality. Right now, we’re one step closer to delivering insulin in a pill. This means we’re getting closer to realizing a revolutionary treatment that may significantly change the lives of millions of individuals all over the world who suffer from diabetes.

Indeed, the past half-century has shown how adequate information, proper treatment, and a strong support system can help individuals with diabetes live a longer life longer, and in better health. Not only does oral insulin administration take the burden of constant injections and blood monitoring from patients, but it also delivers and absorbs insulin in a way that no needle or machine can replicate.