Society has collectively frowned upon cosmetic surgery for the longest time. Most found cosmetic surgery taboo and “natural beauty” was considered as the standard. However, as the world progressed, people started becoming more open-minded. Along with body positivity, the concept of freedom to pursue the look you want to have has become more common nowadays.

Choosing how you want to look and tweaking your features to feel more confident and comfortable in your own skin is now becoming more acceptable. And to drive the point even further, here are four celebrities who can prove that there’s nothing wrong with getting cosmetic surgery.

Let’s start it off with the thorn among the roses. LeBron James was in his 4th season when he had his Lasik eye surgery. He was recorded telling reporters that the surgery was crucial to improving his career since he was able to see the ring and everything else on the court more clearly. He would then lead the Cleveland Cavaliers to their first-ever Eastern Conference Championship. And the rest, well, unless you’ve been living under a rock, you’d know what he’s achieved.

Unbeknownst to many, Lasik eye surgery is considered a cosmetic procedure. The cornea, the dome-shaped tissue in front of your eye, is meticulously shaped by an ultraviolet laser. This is done to treat myopia (nearsightedness), hyperopia (farsightedness), and astigmatism. So, if you want to finally be freed from your glasses and if you’re tired of putting on your lenses every time you have to dress up, this can be the solution for you.

PS. Keep in mind that getting your eyes checked up regularly is also important. Most people confuse keratoconus with other comparatively milder and more common eye conditions. Common vision impairment usually shows similar symptoms with the early stages of keratoconus. But the latter can lead to total blindness. If you have this condition getting corneal cross-linking surgery as soon as possible is a must.

Along with LeBron, Tyra is one of the most tenured celebrities on this list. From being an actress, a singer, a producer, a businesswoman, and a television host, you can say that Tyra has almost done it all in her 30 years in the industry. But even if America’s Next Top Model icon is best known for her modeling career, she has most recently made waves due to her writing skills.

In her book “Perfect Is Boring”, Tyra revealed that she had gotten a nose job early on in her career. And when asked about it during an interview, she was noted saying that women should be able to fix or flaunt any part of their bodies without feeling ashamed. 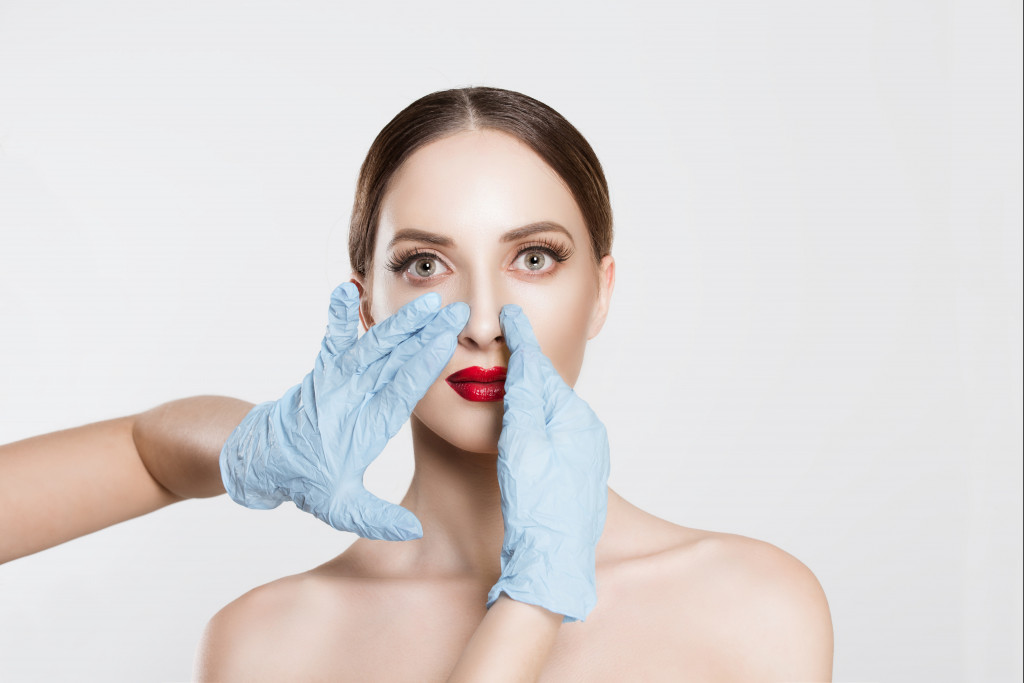 Most commonly known as a nose job, rhinoplasty can focus on many aspects. You can reshape your nose’s tip, straighten the bridge, change the size of your nostrils, change the size of your nose itself, and many other things. More than facial aesthetics, rhinoplasty is also being done for medical reasons. It can be used to repair broken noses, fix problematic cartilages, or improve breathing passages.

PS. Rhinoplasty is not advisable for teenagers. Your nose must first reach its adult size to ensure that the growth will not change the results of the operation.

Best known for her role as the genius middle child of the Dunphys, Ariel has been open to the public about her issues with her breasts. Unlike most people, she did not want to add but instead wanted to reduce the size that she had. In interviews, she explained how hard it was to look for clothes and undergarments that would fit her because of the size of her breasts. She also complained about back pains due to how heavy it was for her 15-year-old body. Ultimately, she decided to let go of her burdens and underwent breast reduction.

This is an operation that aims to reduce the size of the breasts by removing excess fat and skin. Not a lot understand that having breasts disproportionally bigger than one’s body can cause neck and back pain, and poor posture that might lead to other complications.

PS. Women aren’t the only ones who can undergo this surgery. Gynecomastia or the condition in which male breasts are abnormally enlarged can be treated by breast reduction surgery as well.

Another model and television personality, Chrissy has been popular for a long time now. One thing that sets this model apart is how vocal she is about her personal life. From her skincare routine to her postpartum depression, she’s been open about a lot of things which makes her more relatable to the public. Last year she took Instagram by storm when she uploaded an Instastory of her getting underarm Botox.
Yes, Botox for her armpits. The caption showed that one of the possible reasons why she considered it the best move she’s ever made was because she can now wear silk without worrying about sweating. Like a legend.

Botox injections block the chemicals in the body that can activate your sweat glands. It has been approved by the FDA as a treatment for excessive underarm sweating. But keep in mind that it is not a permanent solution. One treatment may only last for 12 months.

PS. The use of Botox to treat excessive sweating is not only exclusive to the underarm and the face. You can also get your hands, feet, back, chest, head, nose, and even your groin treated. And if you’re looking for a specialist, you don’t have to sweat it because the International Hyperhidrosis Society got your back.

They say that beauty is skin deep. But isn’t feeling good about yourself and how you look, a good way to start improving your outlook in life? Being comfortable in your own skin and doing what you can to achieve that sense of comfort is what’s beautiful. Just like these four, remember, you gotta do you.