Annually, there are more than 200 deaths caused by house fires in the UK. The most common cause of house fires is electrical issues. When these take place, people only have a couple of minutes to escape and come out alive.

In the past year, we’ve seen devastating forest fires, and one thing we learn from them is that fire spreads quickly, and the hazards of exposure to smoke are drastic. The rapidity of the spread applies to house fires as well. When a room catches on fire, the smoke will begin to fill the entire space, causing suffocation.

There are measures to be taken to survive a fire, like staying close to the ground because smoke rises or covering the face with a wet cloth to avoid inhaling smoke. However, the most crucial survival measure would be a fire escape plan.

A fire escape plan provides a comprehensive map that informs the inhabitants of a house or a building on where to pass in case of fire. This plan includes safety routes via fire exits, a meeting point, and evacuation instructions. In hotels, for example, as their fire escape plans are stuck on the back of the door.

Be wary of signs

This plan will also be more effective if people are familiar with fire and safety signs. The ones that should be distinguishable are the signs that lead to the fire exit. Signs are usually stationed in the hallway, indicating arrows with an illustration of a person running out of a door. The fire exit is also very apparent as the sign would say “FIRE EXIT” on top of the door. 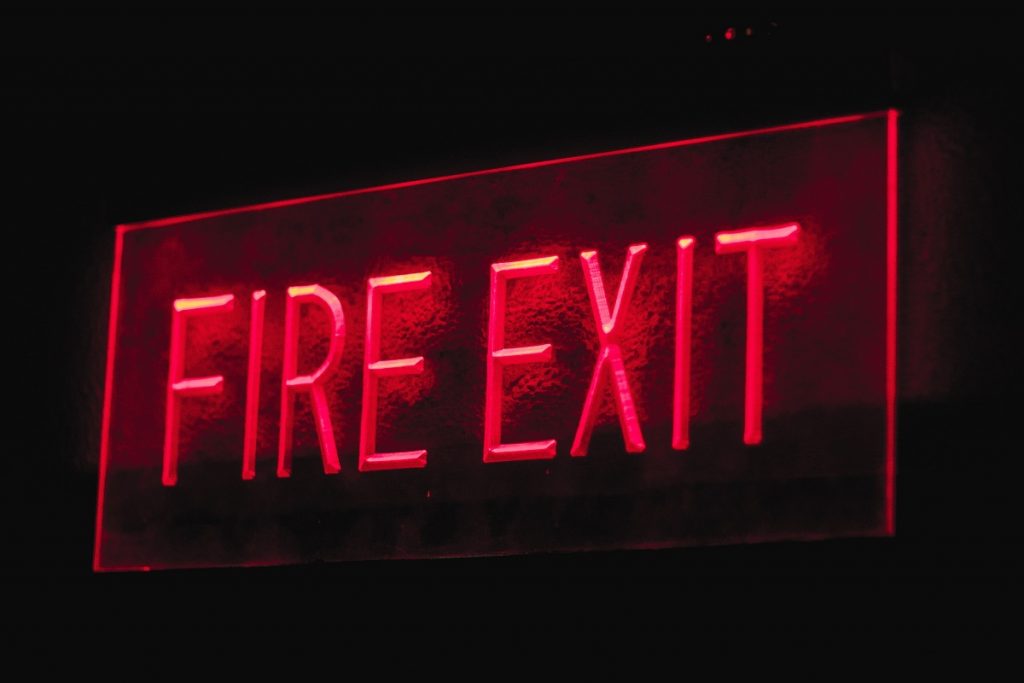 Fire exits must be accessible and unobstructed at all times. Ideally, there should be one fire exit per floor in buildings. The fire exit should also lead to an open space outside of the building, and the entire area should be fire-resistant.

However, aside from the fire exit, the main exits—especially in buildings—should be usable enough so that if a massive influx of people panics and use that as a way out, it will not result in a dangerous crowding situation.

A meeting point is an essential part of the fire escape plan because, in times of panic, people could find comfort in the presence of other people. It’s also a place where families gather to be at ease that everyone in the family is safe from the fire.

The location of this spot should be far enough from the building or the house to avoid smoke, heat, and possible explosions. It should also be an open area like a park, a lawn, an open field, or a parking area. Most of all, it should be accessible, unobstructed, and big enough to accommodate the number of family members, guests, and employees in the affected area.

Emergency Preparedness is a Lifesaver

Detailing a comprehensive fire escape plan, taking note of signs, and understanding the routes and safe areas during a fire is crucial to saving people’s lives. To be well-informed of these instructions, people must enforce fire drills where they strictly follow all the protocols for this kind of danger.