Weddings are like a rite of passage for couples who want to spend the rest of their lives together, but plenty of vague traditions surround them. And it’s not as if these marriage traditions are being taught in school. This means that you’ll be left clueless all your life unless you do your research or get married yourself.

So, if you’re tired of asking why these traditions are being done during weddings or what meanings they symbolize, you’re in the right place. Here is everything you need to know about four different wedding traditions, what they mean, and why they hold great significance in the ceremonies:

If you ask any person on the street about what item they thought would symbolize a marriage the best, they may answer you with “ring.” And they wouldn’t be wrong because rings have been used as the greatest emblems of marriage. The circular form symbolizes wholeness and commitment to love another.

That’s also the reason rings are always worn on the ring fingers of spouses. It’s like a physical manifestation of their promises to love and cherish one another. That’s also why you must buy diamond wedding rings with your partner because you’ll both be wearing them for the rest of your married lives.

However, it hasn’t always been this way. There was a time when rings were worn only by the brides because the ring on their finger meant that another person owned them. Fortunately, rings are no longer viewed as such. Now, both spouses can wear their rings and show the world that they are happy to be committed to the loves of their lives.

The bouquet toss is arguably one of the most awaited events during wedding receptions because that’s when the bride will let fate decide who becomes the next bride among the unmarried female guests. During this, the bride stands on one side with her back to the guests and throws the bouquet over her shoulder.

Supposedly, whoever catches the bouquet will be the next person to walk down the aisle. And although the whole tradition is supposed to be about letting fate decide who’s next, this can become pretty competitive or sometimes even aggressive because everyone’s trying to catch the bouquet.

The tradition itself was meant to impart luck when it comes to love onto the wedding guest that catches the bouquet. But originally, it was used as an escape route for brides because it was believed that even touching a bride on her wedding day would be good luck. So to escape the crowds unscathed, the bride would throw her bouquet as a diversion tactic. 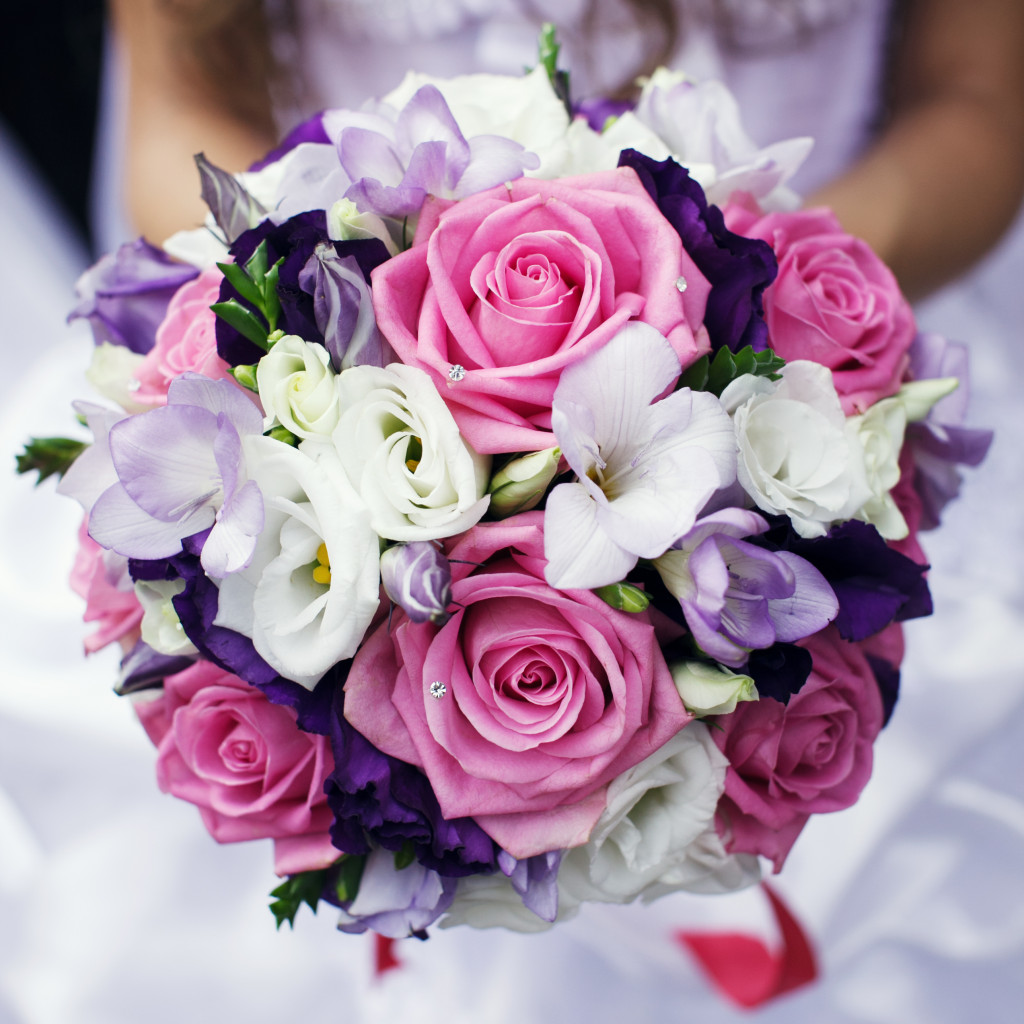 The man who catches the garter is supposedly the next in line to be wed, just like with the bouquet. But in history, the garter is used in the same manner that the bouquet was—as a diversion tactic to escape the clutches of desperate singles. Only this tradition that dates back to medieval England is more aggressive.

This is because the bridesmaids followed the newlyweds to their rooms to get tatters from the bride’s gown. And since the garter holds up the bride’s stockings, it’s possible that the bride would find herself in rags instead of a wedding gown after the bridesmaids have acquired her garter. So, to protect themselves from that kind of struggle, they’ll simply toss the garter along with the bouquet.

Something old, something new, something borrowed, something blue. This is more than just a rhyme about brides on their wedding days made in 19th century Lancashire. It’s actually a tradition that states how the bride can wear or carry these four items on her wedding day for good luck.

Although all these items are not necessary for having a long and happy married life, many people still abide by the tradition up to this day. There are no exact definitions for what each item symbolizes, but many people have theorized about what they could mean.

For instance, “something old” refers to having a remembrance of the past, while “something new” represented hope for what’s to come. “Something borrowed” is usually taken from someone who’s already happily married in the hopes to borrow some of their good luck, while “something blue” was meant to ward off evil. Also, the color blue symbolizes love, purity, and fidelity.

These marriage traditions are just that, traditions. They aren’t necessary to have a long and happy married life, but most people could use good luck. After all, choosing to love your spouse day after day is a deliberate choice. So you can follow all these traditions to get all the luck you can get, but at the end of the day, what you do and who you choose to love are what counts.