Along the lines of cooking, crafting, and extreme sports is a hobby that requires you to master arms and weapons.  Practiced around the world for hundreds if not thousands of years, these hobbies have become more mainstream in recent decades.

One such hobby is archery. While it has been used mainly for hunting in days past, modern archery is done primarily for recreation and competition. There are various aspects of archery, including target archery (in which the goal is to get a bullseye) and field archery (in which there are specific targets at different distances).

There’s also barebow and longbow shooting, in which competitors shoot an arrow from a bow with no specific sights on it.

Throughout history, archery has been used in the military and featured heavily in many cultures’ myths and legends. Even today, archers can be seen competing at national and international levels.

If you’re looking for something a little more hands-on, try knife throwing. Competitions take place throughout the world in which contestants throw knives at either stationary boards or rotating targets. There are different styles of throwing, including an internationally approved style known as “fixed target” and other styles that may not be legal outside of certain clubs or organizations.

Regardless of the styles, knife throwing is often used as a competitive sport. It’s also fun to do in your own home or backyard with friends.

Target shooting at the shooting range is another hobby that uses weapons. There are many types of guns used in shooting sports. Some of the most popular include rifles and pistols, which may be fired individually or in a team setting. The sport has many variations within it, including “bullseye” (in which shooters are judged on their accuracy) and “combat” (in which shooters move around while engaging targets). 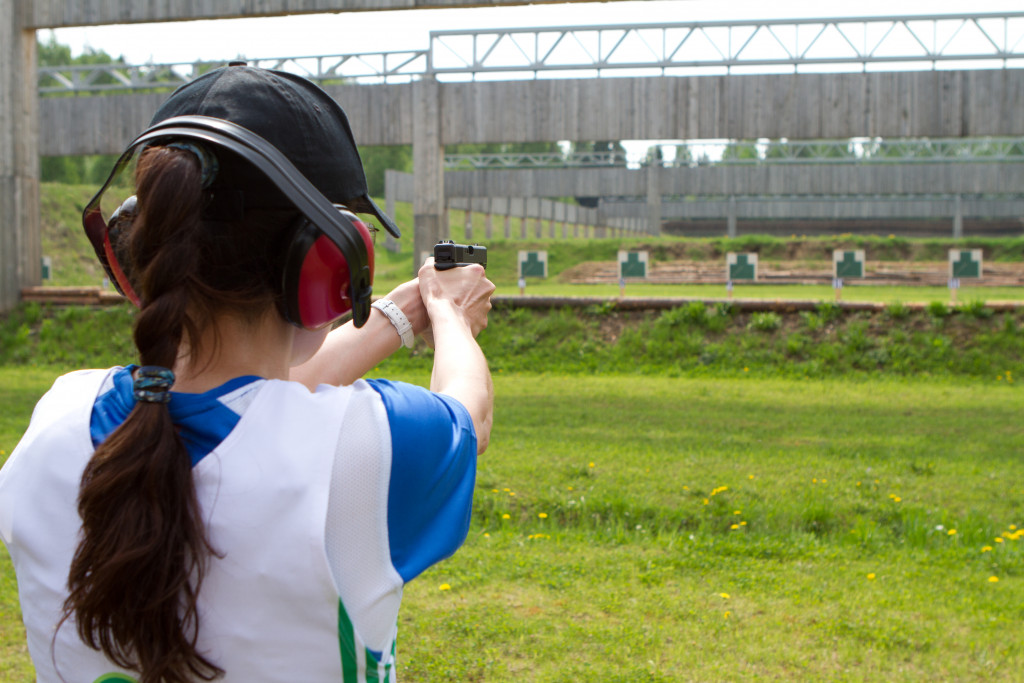 Depending on the firearm, target shooting may also require the use of safety equipment such as safety goggles.

For individuals who like to get outside and enjoy nature, hunting is another hobby that uses firearms. Hunting takes place in forests, fields, and mountains throughout the world. There are many types of guns used for hunting purposes such as shotguns, rifles, muzzleloaders, and bows.

Hunters typically gather in groups for safety purposes when entering the wilderness with weapons. They also bring tools such as binoculars to help them identify game in their area. Besides this, they may carry compasses and GPS devices with them.

Regardless of the weapon used, hunting is often associated with conservation. Some hunters, for example, may hunt with the goal of humanely killing wild game to use as food.

For the more adventurous, another weapon-related hobby is throwing Shurikens or axes. The goal of this hobby is to throw a sharp object at either a stationary board or a moving target.

A shuriken is a small weapon with a sharp point that was historically used for throwing. They come in various sizes, shapes, and designs. Some are designed to look like stars while others can be rectangular daggers. Since they’re designed to injure or kill, these kinds of weapons were typically carried by ninjas.

An axe is another weapon that has been around for centuries. They were typically considered a weapon of war or destruction because they could be used to chop down trees and split wood for fires, among other things. After axes fell out of fashion as a primary weapon, they became more popular as a “toy” for children to play with.

Like knife throwing, Shuriken and axe throwing can be done both recreationally and competitively. Competitions are usually held indoors on shooting ranges, but the backyard and camping events have also been known to take place.

As with knife throwing competitors, Shuriken or axe throwers use safety goggles during these competitions. In addition, they may wear gloves as a precautionary measure. Competitions are often judged on accuracy and speed of throwing.

There are different types of martial arts, each of which uses various weapons. For example, there are unarmed martial arts such as karate or jujitsu, where the only weapon is your body.

Then there are two-weapon disciplines like escrima, in which practitioners train with sticks, and fencing (fencing swords like epees or sabers).

Some martial arts also use three-weapon disciplines such as the Filipino art of Kali. Kali practitioners train in long blades (like machetes), short blades (like knives), and sticks.

Knowing how to use a weapon or firearm is a great skill to have in everyday life. It’s also fun to get involved with weapon-related hobbies, particularly if you like outdoor activities.

Some hobbies that use weapons are more competitive, while others focus on safety and the development of skills. Although these hobbies may require you to master arms and weapons, there are ways to make sure your hobby is safe.

If you do any of these weapon-related hobbies or would like to, make sure to take precautions before getting started.