The Tokyo Olympics currently underway in Japan was supposed to take place last year. However, like all events, it had to be postponed when a novel coronavirus, which we now know as SARS-CoV-2 or COVID-19, was detected in China and started spreading rapidly around the world.

Everyone was affected in some way. Students had to have virtual graduation ceremonies. Weddings had to limit their guests and instead stream the ceremony for loved ones to watch via Zoom. Birthdays were also mostly celebrated through the screen of an electronic device or with quick drive-bys.

For athletes who have been training for the Olympics their entire lives, the pandemic was a challenge.

Like the rest of the population, professional athletes, too, had to stay at home during the lockdowns. It was not easy. They were training for one of the most important competitions in their careers, and that had to be halted because of the pandemic. Pausing for a year before the Olympics will negatively affect their fitness and performance. But, what can they do if the fitness centers across the country were shut down due to COVID-19?

It turned out, like millions of American workers, they, too, brought their work at home. Many of them continued to train despite the lockdowns in the safety of their own homes, but they had to be creative.

They turned their homes into their own personal gyms. Their living rooms became a space for weightlifting training. Their garages became indoor mini courts.

April Ross, a two-time Olympic medalist who will be competing for her third in Tokyo for beach volleyball, set up an old volleyball net in her backyard. She said that she attached the net to a palm tree, so she and her roommate can train despite not having access to a real court. If they needed to play solo, they relied on a plywood board that was leaning against the wall.

Mattie Rogers, a world silver medalist in weightlifting, did not need a lot. She has the equipment and spare space in her garage. She encountered a problem, however. The garage is on a bit of slop. She needed a flat surface to train without the heavy barbells and bumper plates rolling away. So, she had to figure out a way to level it, and she successfully did it by cutting up a living room carpet and some cardboard boxes. 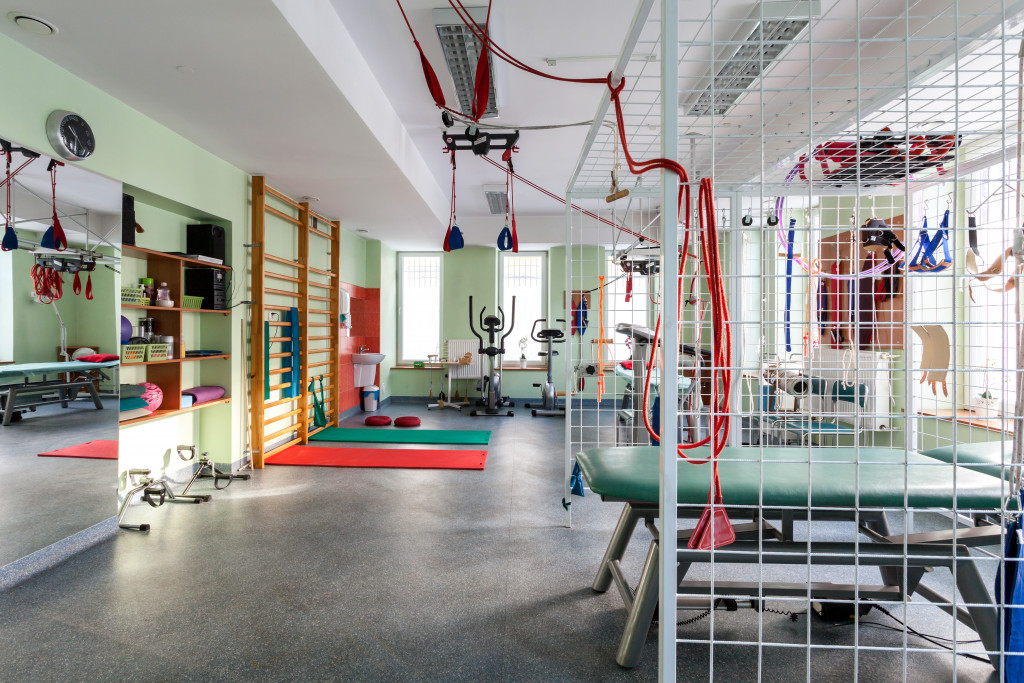 Everyone was in the same situation last year. Olympians were not the only ones who had to keep moving despite stay-at-home orders. It was easy to become sedentary. Gyms were closed and, therefore, people had an excuse not to exercise.

But, that did not stop them. They coated their garage floors and turned the space into a personal gym. They laid out yoga mats and made their living rooms a studio for cardio.

The demand for fitness equipment in the past year was overwhelming. According to reports, sales during the first few months of the pandemic grew by 170 percent. In some places, there was a long waiting list.

The biggest success story was Peloton which saw sales of its stationary bicycles triple in the past year. Everyone had a unit as an alternative to going to gyms.

Obviously, for professional athletes, a more adequate training space is necessary. Eventually, the Olympians went back to fitness facilities where they have the room to move around and the equipment to properly do their training for the Olympics.

However, to regular folks, the garage gym is good enough to keep a person healthy —  as long as they know what they are doing. They do not really need expensive equipment for it. Easy exercises such as squats, push-ups, planks, burpees, and jumping jacks require no special tools, only bodyweight.

The garage gym was a popular home improvement project last year, but it is a good idea whether there is a pandemic. It provides an accessible space for people to work out and there is no sharing of equipment, ensuring that people are safe from all types of infection. It is also a surprisingly easy makeover.

The past year’s lockdown saw regular Americans and Olympians retreat into their homes to escape the wrath of COVID-19. However, fitness was important and, therefore, working out at home became the norm.