The ancient Maya have been the subject of several controversies throughout the centuries, with some really bizarre shade thrown their way. However, no matter how you look at them, the entire world and all of mankind have benefited from the great Mayan Civilization.

Let’s take a look at what life was like for the typical Maya in their heyday.

Where were they located?

The great Mayan Civilization was the most dominant society ever to come out of Mesoamerica. Unlike most indigenous Mesoamerican tribes that are scattered in different locations, the Maya built their empire in one huge geographical block located in the Yucatan Peninsula and modern-day Guatemala, Belize, Honduras, El Salvador, and parts of the Mexican states of Chiapas and Tabasco.

This concentration gave them security from any invasion from the other Mesoamerican tribes.

Life in the rainforest

Maya lived a very busy life. Their days are filled with several activities ranging from work to academics to amusement. All of their accomplishments are made even more impressive by the fact that they built a great civilization in the middle of a beautiful lush tropical rainforest which is a far cry from most ancient civilizations that sprung up and thrived in drier climates. 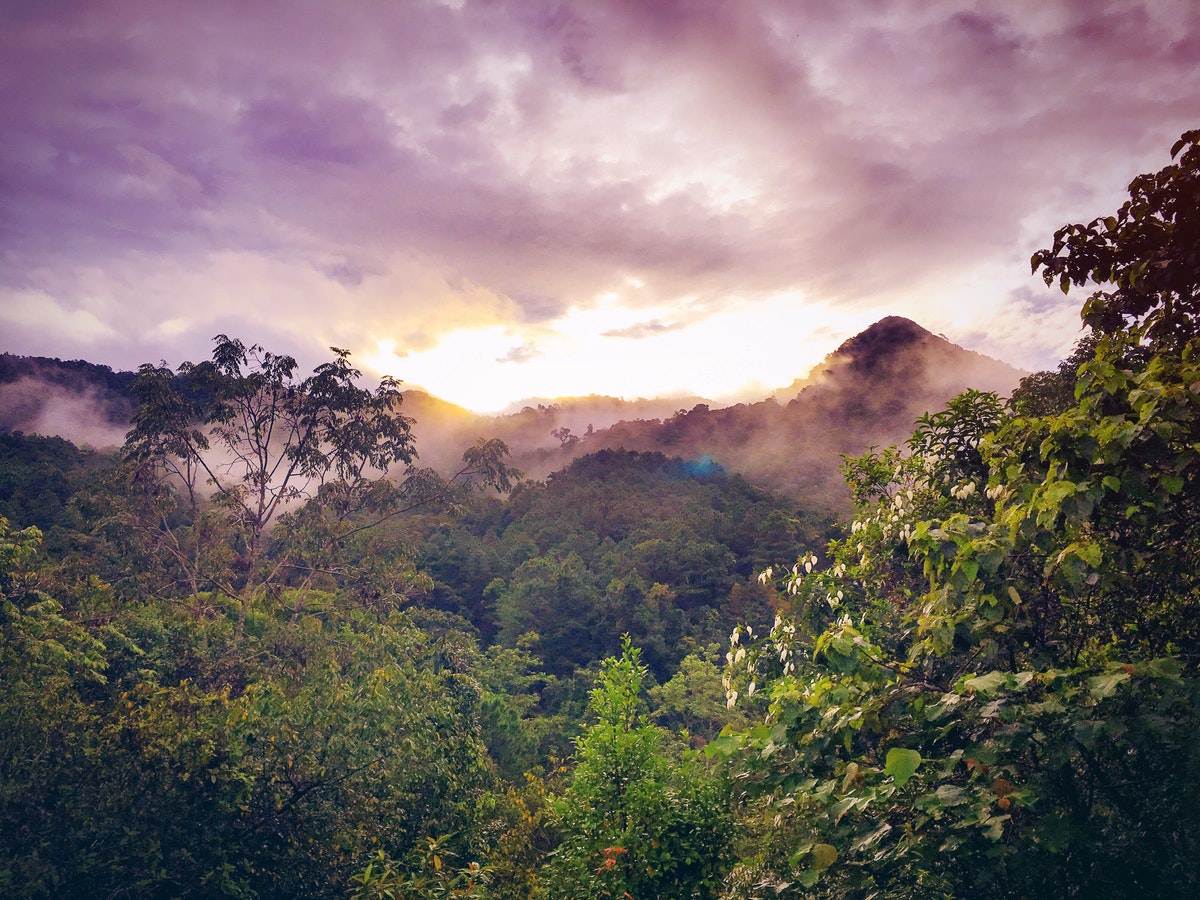 The Maya are quite well-known to be ahead of their time when it came to mathematics and astronomy. Unlike the way education is taught today, the ancient Mayans only taught education to important people such as those in the upper class, priests, chiefs, and war leaders.

They developed the calendar systems the Calendar Round (which is a calendar based on 365 days) and the Long Count Calendar (which was designed for a 5,000-year count).

They have devised a hieroglyph system that most experts have unlocked only a fraction of to this day. The Maya consider education of great value, which made them in many ways superior to other tribes and civilizations of their time.

As far as livelihood is concerned, the Maya were very hardworking people. Since they are primarily divided as nobles and commoners, the main source of livelihood of the peasants involved farming and agriculture.

The women would wake up early to prepare food for the men to eat before they head out to the farm to work all day. They didn’t have any metal tools or huge beasts to help them work the field so all of their farming was done with their bare hands.

After a long and hard day at work, the men would then come home and bathe. Both men and women work on crafts at night such as crafting tools and weaving cloth.

It is important to note that though they are perceived as savages, The Maya are very clean people as they bathe daily. Bathing is very important to them and being clean helped them avoid certain illnesses and diseases.

They value their health and even their dental care. The Maya are known to have their teeth bedazzled with precious stones and gems. They were pretty much the first ones that sported grills on their teeth. Now you have an idea where gold-plated dental retainer wires came from.

The Maya introduced the world to a lot of different foods, the most famous of which is chocolate from the cacao tree. They considered it as a gift from the heavens and used cacao seeds as currency.

Perhaps the most common food that’s included in their diet is the corn-like vegetable called maize. They were able to come up with a variety of food types from maize, such as porridge, tortillas, and a few types of drinks.

Other foods that were a staple in the Mayan diet are squash, beans, chilies, and meat from deer, turkeys, ducks, and fish.

They may be one of the hardest-working civilizations but they also know how to play hard. After a long day of work, the Maya loved to celebrate and keep themselves amused and entertained through ball games, playing music, singing, dancing, and even some of their religious rituals and ceremonies.

Sometimes the losers in their ball games would be sacrificed to the gods in their rituals.

Some interesting facts about Mayans

Are Maya still around?

Around 40% of Guatemalans today are of Mayan descent. While most Mayan descendants can still be found living in Guatemala, they are also found in Belize, Honduras, El Salvador, and parts of Mexico.

Mayans may be perceived as savages but one cannot deny all the good that they have done and passed on to the rest of the world. If you’re taking a trip in the region, a visit to their once-great city is always worth taking.