When the pandemic started, gyms and fitness studios closed as people stayed home to avoid the virus. Even after the situation improved, some people were wary about working out in these establishments, especially after the new variants of the virus emerged. This resulted in the permanent closure of around 22 percent of gyms and fitness centers.

Despite this, the fitness industry continued to thrive as people started exercise routines at home. This allowed fitness professionals to continue offering their services virtually. While many people connected with fitness instructors, others opted to do it on their own.

People who worked out on their own had to make sure that they avoided some mistakes to prevent injuries. Here are the mistakes that people should avoid when they exercise.

Having No Goal or Plan for the Training

Going on a fitness journey means that a person should have a destination. With this, he should create a plan and set goals for his training regimen. Creating a plan suitable to a person’s lifestyle provides the best results in a workout regimen. It allows a person to aim for a certain level of fitness or weight to lift after a period.

Planning also facilitates monitoring progress. This allows a person to know if his workout routine was effective or not. It also facilitates adjustments in case the person is not satisfied with his progress. So, creating a plan and setting goals is a good idea for a person who wants to start on a fitness journey.

People who are motivated to improve their lives tend to want to change everything. This means they want to improve their fitness level, eat better, and live a healthier lifestyle. While this is a good move for some people, it is not sustainable for others.

If people push themselves too hard, they cannot perform their exercise routines at the same level. They will also need longer rest periods and will feel tired easily. This will lead to irritability, mood swings, and depression. They will also lose their motivation and will even stop exercising.

So, it’s a good idea for people to avoid overtraining and listen to their bodies. They should also increase their caloric intake to match their exercise level. People should also drink enough water while they go through their workout routines.

Aside from not overdoing the exercises, people should also protect themselves by wearing the proper gear. Getting a good set of weightlifting knee wraps protects their knees when they lift heavy weights during their routine. Even though these are not knee braces, they support the knees by providing compression to the knee joint to control swelling and pain. 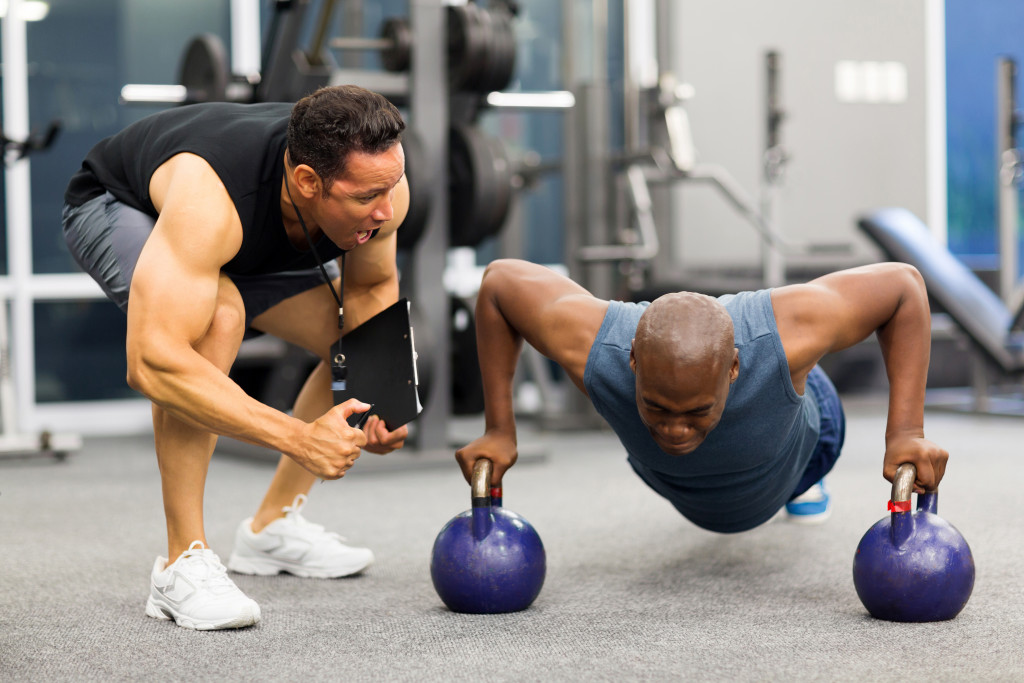 Not Getting Enough Resting

People should also get enough rest when they start an exercise routine. When people exercise, their muscle tissues develop microscopic tears that cells need to repair. This repair happens when people rest. When these muscle tissues heal, they grow and become stronger. So, resting allows a person to grow his muscles.

Additionally, resting allows people to avoid getting injured when they exercise. When a person overworks his body, he falls out of form and drops the weights on the floor. It will also result in too much strain and stress on the muscles, which leads to overuse injuries.

To avoid issues while exercising, people should set aside days to rest. They should also get enough sleep so that they feel motivated and energized. In this situation, they will have a better chance of reaching their fitness goals.

Not Eating a Proper Diet

People who exercise need to eat a healthy diet. They should eat the right food to ensure they recover from the exercises that they perform. The diet includes protein to help rebuild and repair muscle tears. People should have a suitable amount of protein in their daily diet to become stronger and recover faster from challenging exercises.

They should also have enough carbohydrates in their diet to provide them with the energy they need to perform the exercises. Additionally, people should drink enough water to keep themselves hydrated while they work out.

People aim to become fit and healthy while staying home. But they should also avoid making common workout mistakes to prevent injuries while exercising.