The haunted, the macabre, and the grotesque attract us. It’s part of being human—that insane attraction to the other side of the coin, the part that we don’t understand. When we hear ghost stories, we feel our heart pumping and our adrenaline spiking up. It’s the same feeling we get when we get excited about something—whether it be traveling to a new country or buying that pair of shoes we love on sale. It is this reason that we seek thrilling adventures such as visiting gory and haunted places in the U.S.

But before you go on this road trip, check how you’re going to get into these places first. You don’t want to arrive at your destination only to find out the site is not open to visitors. At the same time, check if your Caterpillar diesel engine needs repair. Don’t ruin your road trip by getting yourself stuck in Route 66.

The LaLaurie mansion is in the French Quarter in New Orleans, Louisiana. During the early 19th century, Madame Marie Delphine LaLaurie, who was a Louisiana socialite, loved throwing parties on the first floor of the mansion. Unknown to them, there were several mutilated bodies of slaves in the attic. The police found these bodies when they responded to a kitchen fire in 1834. LaLaurie soon fled to France when the public mobbed her house.

According to stories, the ghost of a gold miner’s wife is roaming the halls of this old hotel in Alaska. There were other ghosts, although the tale of the gold miner’s wife is the most popular one. Her husband killed her after finding out she worked as a prostitute because she thought he was already dead. She waited in that hotel for her husband to come back from the mines, but it took him years before he went home to her. When he did return, her choice of job (to support herself) enraged him.

Human trafficking was as old as time itself. In the early 19th century, Portland was one of the most dangerous ports in the world because men get kidnapped and sold to ships there as slaves. The practice was called “shanghaiing” because the ships were often headed to East Asia. But it’s not just the practice that was illicit. The way the criminals kidnapped the men gave way to the haunted stories.

According to the stories, swindlers kidnapped men in local saloons and deposit them in trapdoors in those saloons. The trapdoors lead to underground tunnels leading to the waterfront. But the kidnapped men often died in those dark tunnels. They reportedly haunt those tunnels.

The Gothic-style prison, which opened in 1829, was most famous for its system of solitary confinement. They believe that isolation will lead to penitence and rehabilitation. But critics of this system said it is akin to physical and mental torture, although that didn’t stop several prisons in Europe and the U.S. from copying the system. The prison closed in 1971, but the ghosts of its prisoners now haunt its corridors. Its most famous prisoner was gangster Al Capone.

If you love Civil War history, you’ll get a kick out of visiting the Oakland Cemetery in Georgia. It was built in 1850 and considered the oldest, largest, and most haunted place in Georgia. Buried there are Margaret Mitchell, Bobby Jones, and Maynard Jackson. There’s also a Confederate branch in the cemetery. This is where guests said they saw ghosts of uniformed soldiers either wandering the grounds or hanging off trees. Some said they even heard the soldiers make a roll call. Worse, some said they heard the soldiers call their names. 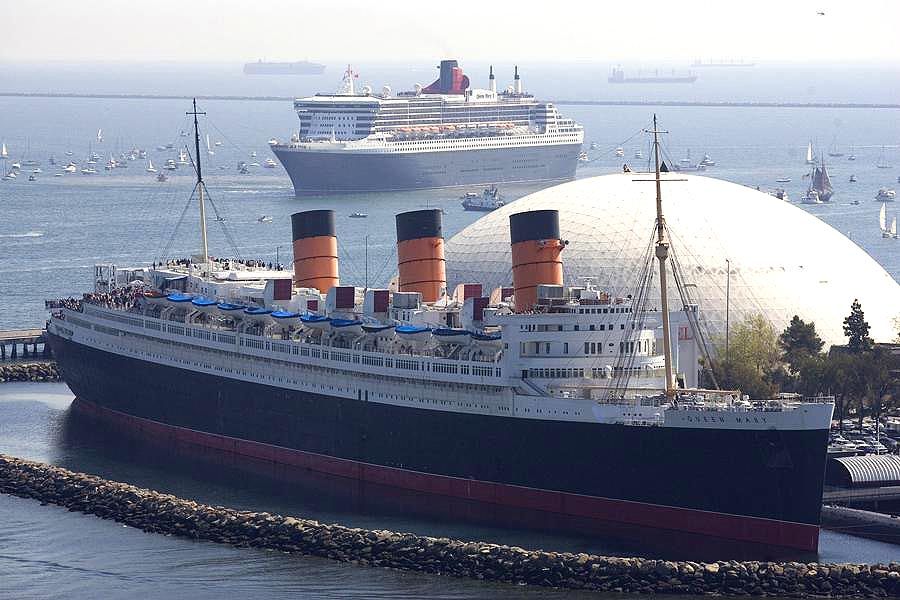 The R.M.S. Queen Mary was a luxury ship that sailed the Atlantic Ocean. It housed celebrities and dignitaries until the Second World War when it turned into a troopship. They called it the Grey Ghost. It was soon restored to its former glory and traveled the Atlantic for two more decades until 1967.

It is now moored in Long Beach, California. Reportedly, former passengers, crew members, and soldiers haunt the ship. The ship is open for tours, especially during the Halloween season.

Some of these sites are not open to the public such as the LaLaurie mansion, which is now privately owned. You can make a stopover and have photos taken on the exterior of the mansion. Make sure to check these sites first before coming for a visit. There are plenty of haunted places in the U.S., so pick your poison and go on an adventure.