In this modern world, the measure of society has become the things we build. Hence, it is not surprising that construction projects seem to abound. If you live in an urban area, new buildings and developments are probably a common sight, and only seem to increase in number with time. Many people can thus attest to passing by construction projects daily, illustrating big a role construction plays in society today.

However, despite the advancements in technology and safety standards, construction projects and their surrounding areas remain hazardous environments. There is always the threat of an accident occurring, whether to a passerby or to a worker. Hence, it is important that safety protocols be strictly followed.

As not everyone will be fully aware of the necessary safety protocols, safety signs are a must for every construction project, so much, so that sign manufacturers are able to custom-make some specifically for a certain project. These will effectively communicate the safety and emergency measures to be used on-site and could end up saving manpower hours and lives due to injuries averted.

Here is what makes safety signages so helpful:

1. What kind of signs can you have?

There are different kinds of signages that issue different kinds of safety notices. For example, signs could issue a reminder for workers to follow safety protocols, such as wearing of headgear or protective clothing. Others can be used to give warnings, such as uneven surfaces or electric shock hazards. Signs can also be used to give out emergency information, such as the locations of emergency exits or fire extinguishers.

Signages can also be used to inform passersby that there is a construction project ongoing. First-timers might stumble upon the site and lurk around, thereby potentially causing damage and harm to both themselves and your site. Thus, a strong visual from a sign is likely to make them leave the site quickly. 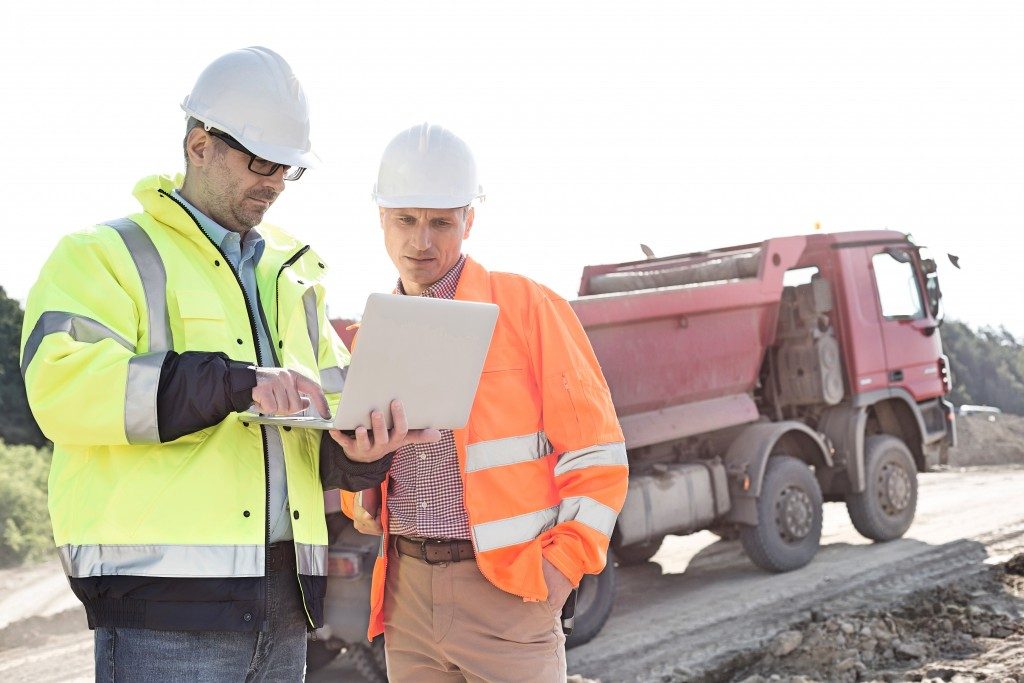 2. What are the signs used for?

The presence of safety signages around a construction site can serve a number of uses. First, signs are used to document and communicate site safety protocols to all workers. Not everyone will end up knowing the safety reminders by heart or constantly carrying a written copy of all rules to be followed. Hence, having safety signages around ensures that there is no excuse to be unaware of any dos and don’ts when on-site, both for workers and for visitors or inspectors.

Another use for signs is for them to act as maps that pinpoint the location of any important equipment for use in an emergency, such as fire extinguishers, shutoff valves or switches, and washing stations for the hands or eyes. These can help save lives during an emergency, and even limit the scope of the damage caused.

3. Who can benefit from having safety signs?

Naturally, having safety signs around will greatly benefit the onsite construction workers, as they will constantly be reminded of what needs to be done to ensure a safe workplace. However, there are also other groups of people who can benefit from the presence of safety signs.

People with language barriers, whether passersby or workers, can be helped to understand safety rules and protocols through images on signs. Signs also allow the same message to be relayed in multiple languages. They are also useful for young children, who are naturally attracted to images and short directives. Hence, in case they wander off to a construction site, they will be able to find their way out safely.